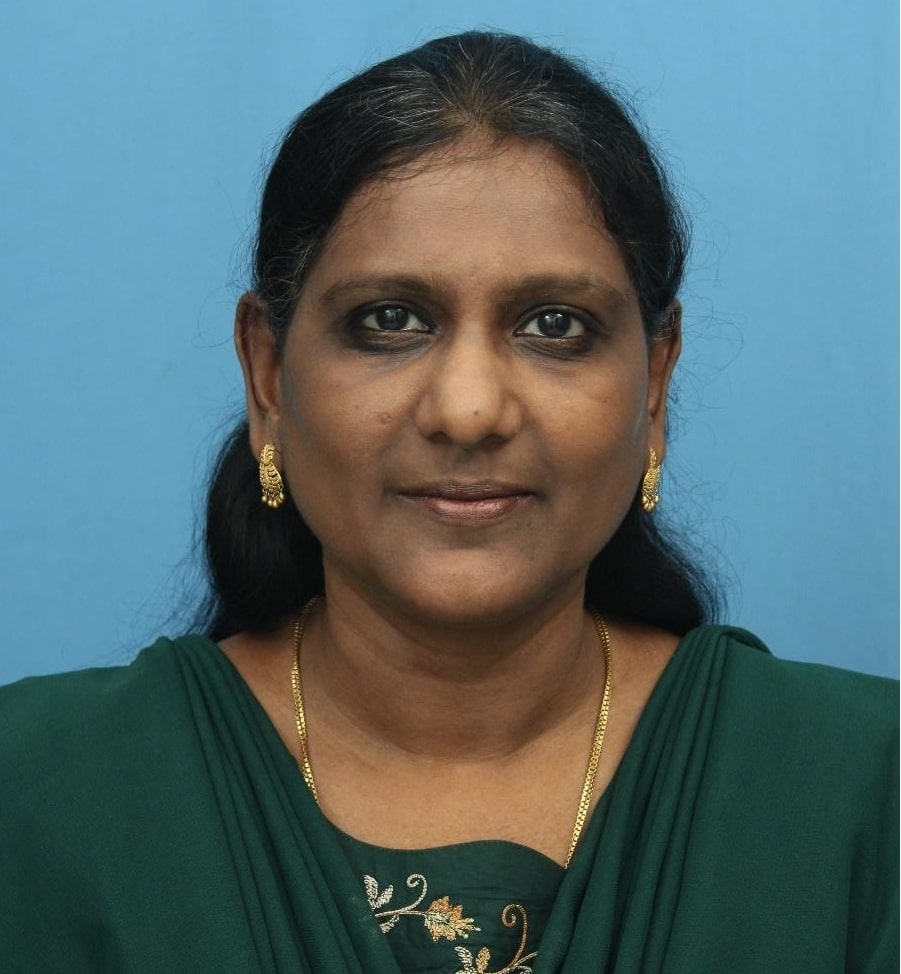 Prof. Subhashini John (“Subha mam” as fondly called by many) joins the line of illustrious former heads of department in the Radiation Oncology Hall of Fame, starting from Dr. Ida Bella Scudder who founded this department way back in 1939 as she superannuates after an illustrious 34-year period of dedicated service at Christian Medical College, Vellore.

Dr. Subhashini joined CMC Vellore for her undergraduate training in 1974. She further specialized in Radiotherapy, joining the MD program in 1985. She has been a member of the faculty of the Department of Radiotherapy since December 1988, and Professor since December 1997. She has been the face of the Department in both the state & national circles of the Radiotherapy fraternity. Prof. Subhashini John superannuates with the accolade of being known as a respected and loved teacher to numerous post graduate residents who trained in CMC Vellore. She had the knack to work with postgraduates of diverse abilities and guided them to complete their dissertations successfully.

She was an astute clinician, a passionate teacher and methodical researcher. She was renowned for her punctuality. She was Head of the Department from 2003 to 2014, and of Radiotherapy Unit 2 from 2001 to 2016. She took the department through the paradigm shift in the field of radiation oncology: from 2D to 4D technology, and from Low Dose Rate to High Dose Rate Brachytherapy. She demonstrated courage to take on new challenges and was involved in multi-institutional research in all fields of oncology. She was instrumental in leading the department towards the path of site specialisation.

She was the President of the Association of Radiation Oncologists (AROI) of the Tamil Nadu & Puducherry chapter from 2010 to 2012 and had conducted the AROI state conference in 2010.

Prof. Subhashini or 'Subha' to her peers and colleagues was the person many would turn to for advice for their cancer patients and for collaborating on research. She has been a mentor to many of our current faculty in the Department. She has the ability to recognize the potential of each individual and encourage them to excel in their areas of interest. Her commitment, sound knowledge and compassionate patient care had been a great source of inspiration for many. Her perseverance and honesty continue to inspire the younger generation.

A CME was conducted on March 12th 2022, at CMC Vellore in honour of Dr. Subhashini John’s contribution to Education, Service and Research spanning over three decades. It was a hybrid event with online and in-person participation. The theme for the CME was “Lessons from the past, mirror for the present and vision for the future”. The CME was inaugurated in the presence of dignitaries including the various administrators of CMC Vellore, the AROI TNPY secretary Dr. Saritha Damodaran and the AROI TNPY president Dr. Alex A Prasad. A souvenir was released by Dr. George Chandy, former director of CMC Vellore, in honour of Dr. Subhashini John. There were diverse scientific sessions on pelvic malignancies, organ preservation strategies, stereotactic radiotherapy, TMLI, radiation physics and immobilisation methods . The session on palliative care gave a holistic approach to the programme.

As Prof. Subhashini John superannuates, we wish her the best in the next phase of her life and the Lord's abundant blessings upon her and her family. 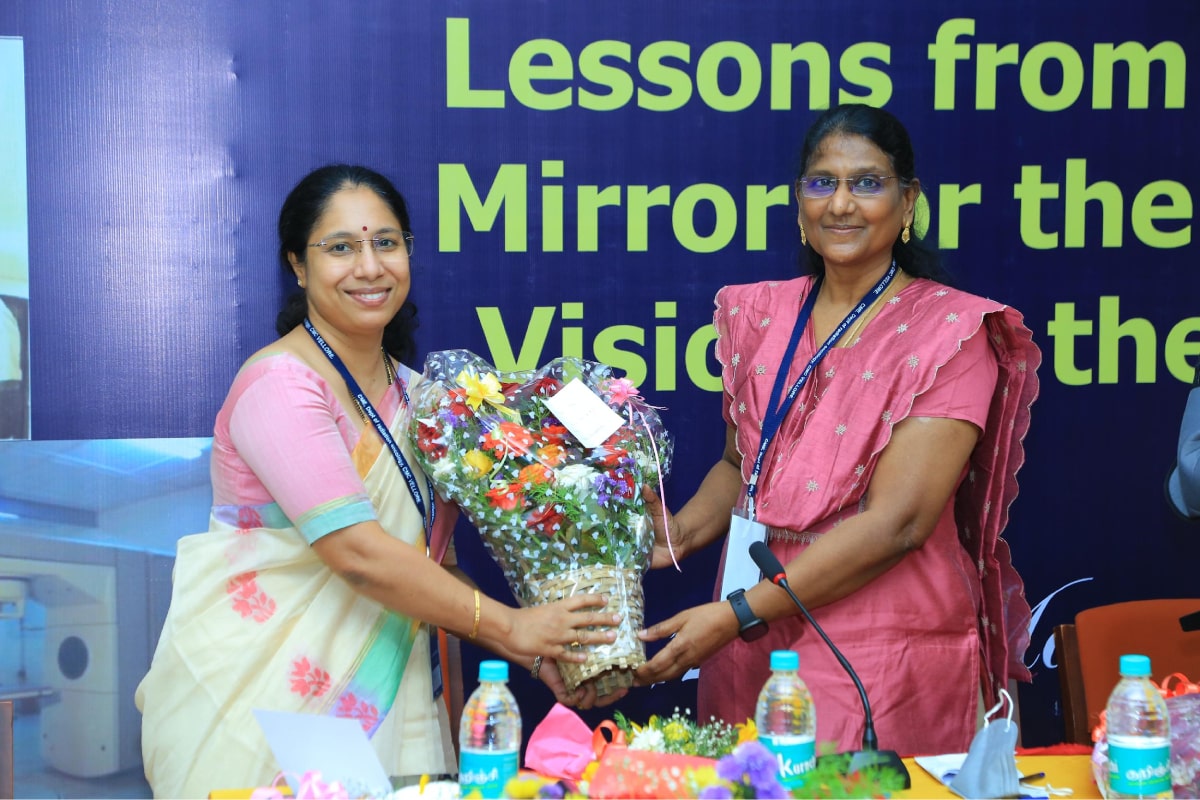 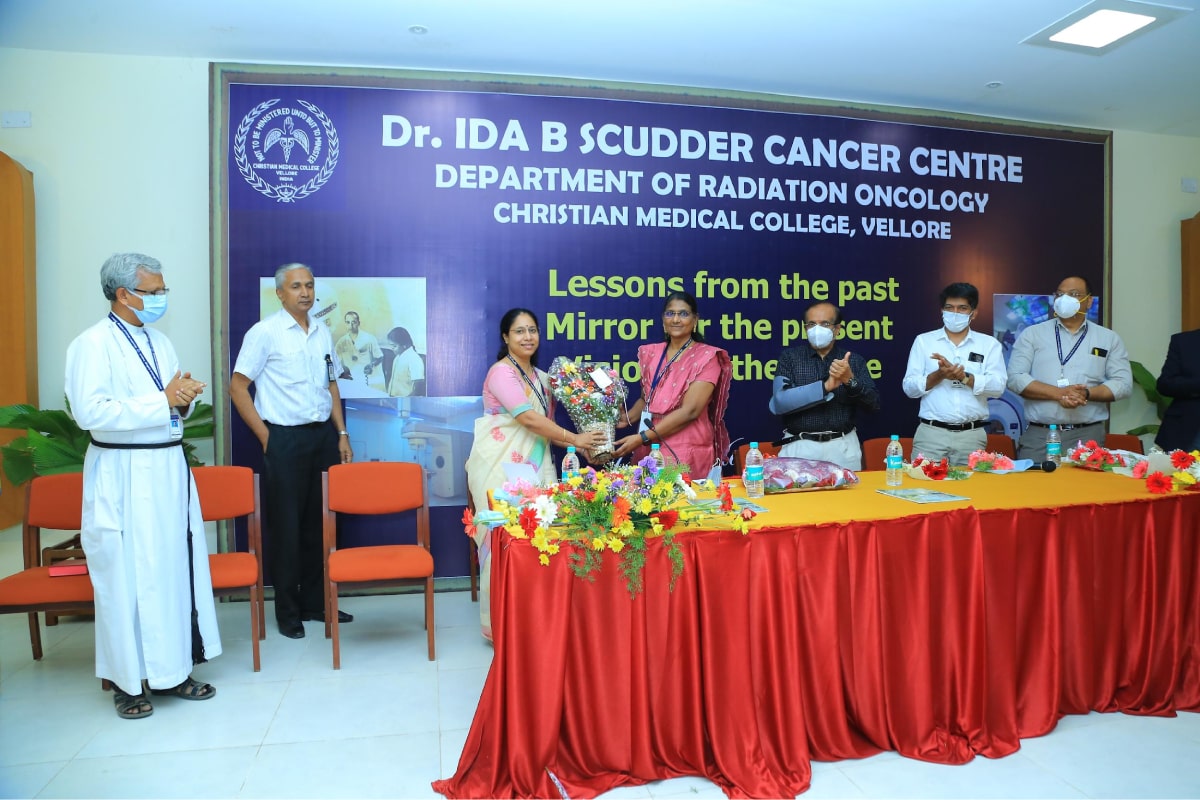